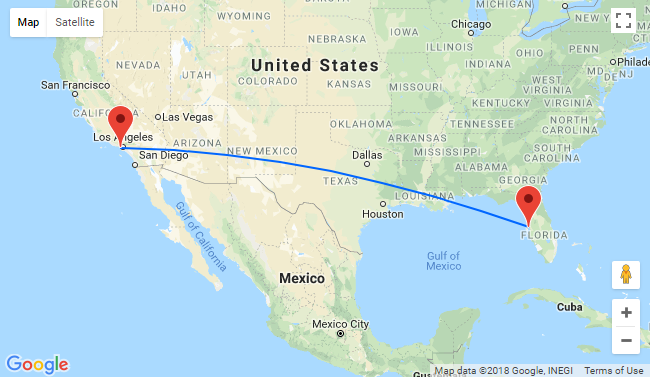 The Tampa International Airport announced last week that American Airlines would launch a new nonstop route to the West Coast destination, LA! You can fly over to Los Angeles any day of the week, service is daily! TPA’s brand new art installations, Shoppes at Bayshore area, TPA2Go food service and efficient check-in and security processes make it one of the premier airports in the country. This new nonstop route to Los Angeles on American Airlines is starting one way tickets at $259.

Tampa Bay’s connection to mainland Europe is coming in December along with the new nonstop service to Frankfurt, Germany on "Eurowings Discover", the Lufthansa Group’s new leisure airline, according to a release on TPA’s website. Recent news that COPA Airlines would launch flights to Panama from the airport again.

To celebrate all this new service, Frontier is offering introductory fares starting at $39! Also, get ready for a massive Flamingo to arrive at the airport next year!