Don't Know Which Beach To Visit On Your Trip? Don't Worry We Got You Covered! 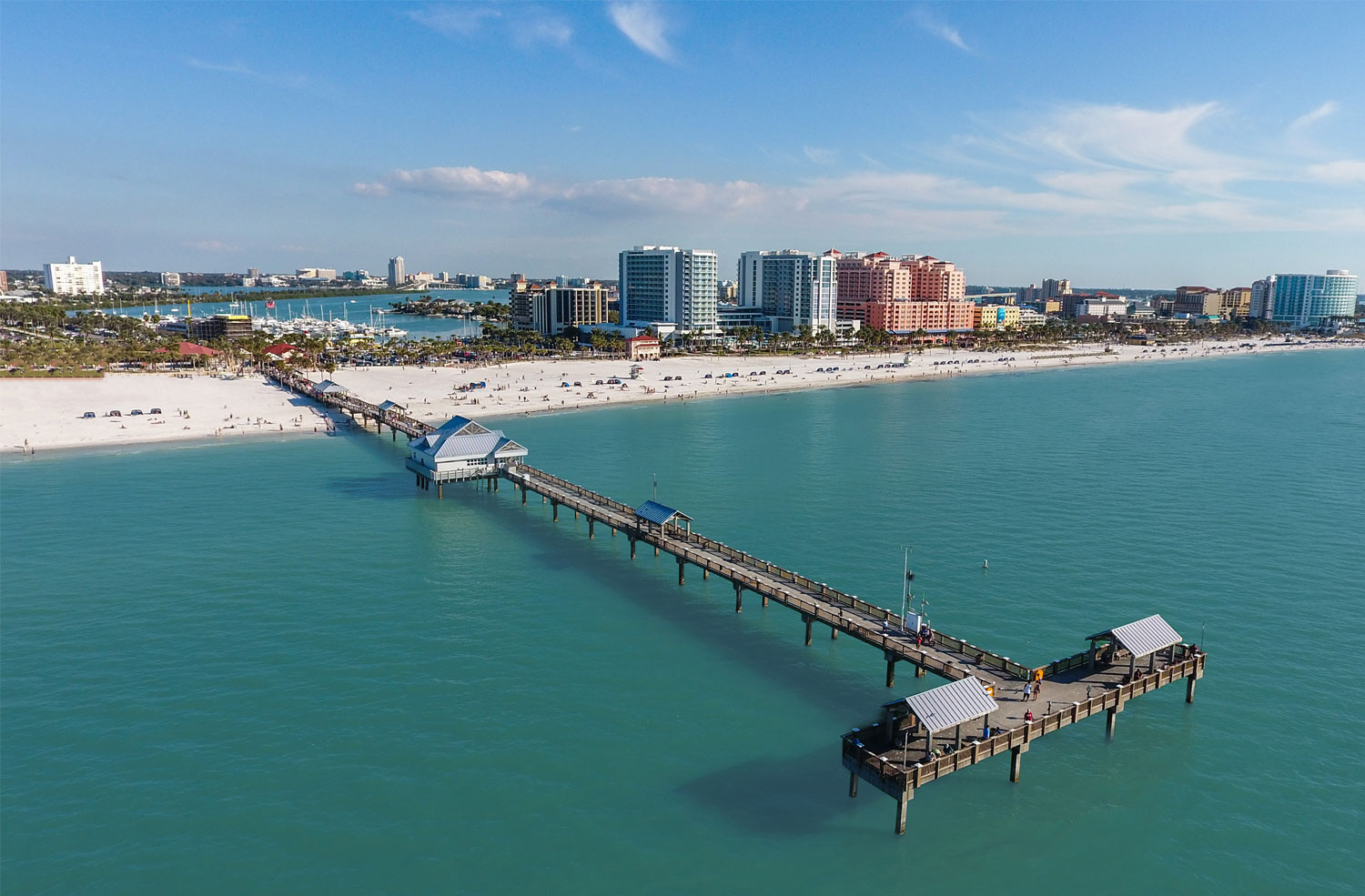 If you are looking for white sand and a sunny day, Tampa, Florida is the ideal beach destination. From the city’s downtown you are just one short drive away from several beaches, including family-friendly ones with full amenities such as the gorgeous Clearwater Beach as well as quiet and more peaceful stretches such as in Caladesi Island State Park. The mild climate means that Tampa is a year-round tourist destination with the high season being in the summer and around the springtime.

Archibald Beach Park, known to local residents as “The Hammocks”, is a public beach area that is popular amongst families.The beach has four wooden pathways providing easy access to the sand from the parking lot. Multiple amenities including volleyball courts, a snack shack, restrooms and outdoor showers. Covered picnic areas are available as well for cookouts and more!

Ben T. Davis Beach is a favourite among locals due to its close proximity to the city. In fact it is the closest beach to Tampa. The beach has soft, powdery, white sand and typically calm water. Close to Tampa international airport, tourists could even squeeze in a little Florida beach relaxation before going on with their travels!

One of the most beautiful beaches on our list, and even ranked highly in the country, this beach is secluded and natural with virtually no manmade features. If you love to collect shells, this is the ideal beach to be at. Plenty of beautiful shells wash up on the unspoiled shores making it perfect for shell hunters and those who appreciate nature.

Clearwater Beach is one of the most popular and busiest beaches in this part of the state. The beaches are well-kept and groomed each day and feature a number of great amenities. The area has many attractions, which draw families and adventurous tourists who would rather be out doing something than just sitting on the beach. Activities include fishing and dolphin-watching excursions, pleasure boating trips, an aquarium, seafood restaurants, clubs, and nightclubs. There are always exciting events happening at Clearwater and each evening crowds congregate near the pier to experience the sunset celebration, complete with live entertainment and a small craft market.

Davis Island was constructed by filling two small natural islands with mud that was scooped from Tampa Bay in the 1920s. The island was named after local resident and developer, D.P. Davis. His vision was to create a vacation community with a variety of amenities such as hotels, an airport, and golf courses. The beach is often crowded with anchored boats so it's not the best choice for swimming. Come relax in the sun, have a picnic, and enjoy the off-leash dog area. Also features an on-site boat ramp!

Egmont Key State Park is a state park located on Egmont Key, which primarily exists as a wildlife refuge. The park has an interesting history, some remnants of which can still be seen on the island, including a historic lighthouse that was built in 1858. The island housed captured Seminoles during the 19th century and later served as a base for the Union Navy. Fort Dade was constructed on the island in 1898 and can still be seen today. The island is quite remote and has virtually no amenities. There is no drinking water available, so be sure to pack plenty of supplies including food, water, and sunscreen. In addition to seeing the interesting historic sites and walking the trails, visitors enjoy swimming, watching wildlife, picnicking on the beach, and fishing.

Fort De Soto Park is a county park that is highly recommended by locals and tourists alike. The area known as North Beach has received accolades as the best family beach in the area. A large pirate-themed playground stands at the entrance and welcomes families. The beach has a wide tidal pool, which is perfect for kids to splash and play in. Beautiful seashells are frequently scattered around the beach, including tons of sand dollars. Historic Fort De Soto stands near the middle of the park. Visitors can tour the fort and the small museum located adjacent to it.

Indian Rocks Beach is a wide , white sand beach with little in the way of commercial development. The beach is for the most part pretty quiet with plenty of space to stretch out and relax. There are more than 20 public beach access points offering plenty of convenience to get out on the beach from one of the surrounding vacation rental homes. There are also a number of bars and restaurants close-by for when you are ready for a break from the sun and sand. Indian Rocks Beach is perfect for those looking for a quiet beach retreat.

John’s Pass is a charming, turn of the century fishing village located in Pinellas County. The village is known as a shopping and dining destination and features more than a hundred merchants, unique shops, and restaurants serving delicious cuisine. John’s Pass is a great place to book a fishing trip or a dolphin watching or shelling tour. The beach is just a short walk away from the shops. Throughout the year John’s Pass hosts all kinds of activities including festivals, concerts, and other entertainment events and there's typically something for the whole family to enjoy!

Last but not least we have Madeira Beach. Madeira Beach is a beach city located just west of St. Pete. The beach is well known for being home of John's Pass Village and Boardwalk. With it’s ocean-themed tourist attractions, restaurants, and shops. The boardwalk stretches an impressive 1,100 feet along the beachfront. The beach itself is popular with those who come to fish but you’ll find plenty of locals and tourists relaxing in the sun as well. Madeira is known for hosting their annual seafood festival, which brings a large number of visitors to the town to eat delicious locally fresh caught seafood, and enjoy great music!